During their migration, Barnacle Geese follow a ‘green wave’ of food peaks of spring vegetation growth, which allows them to fuel their migration and arrive on the breeding grounds with ample body stores. The geese arrive on the breeding grounds before the local food peak, which then coincides with the growth period of the chicks right after the hatching of the eggs. Warming of the climate along their migratory route may change the timing of these spring food peaks, and with and expected advanced warming in the Arctic (‘Arctic amplification’), this might lead to a mismatch in the food peaks relative to the geese arrival if the geese cannot migrate faster to their breeding grounds. 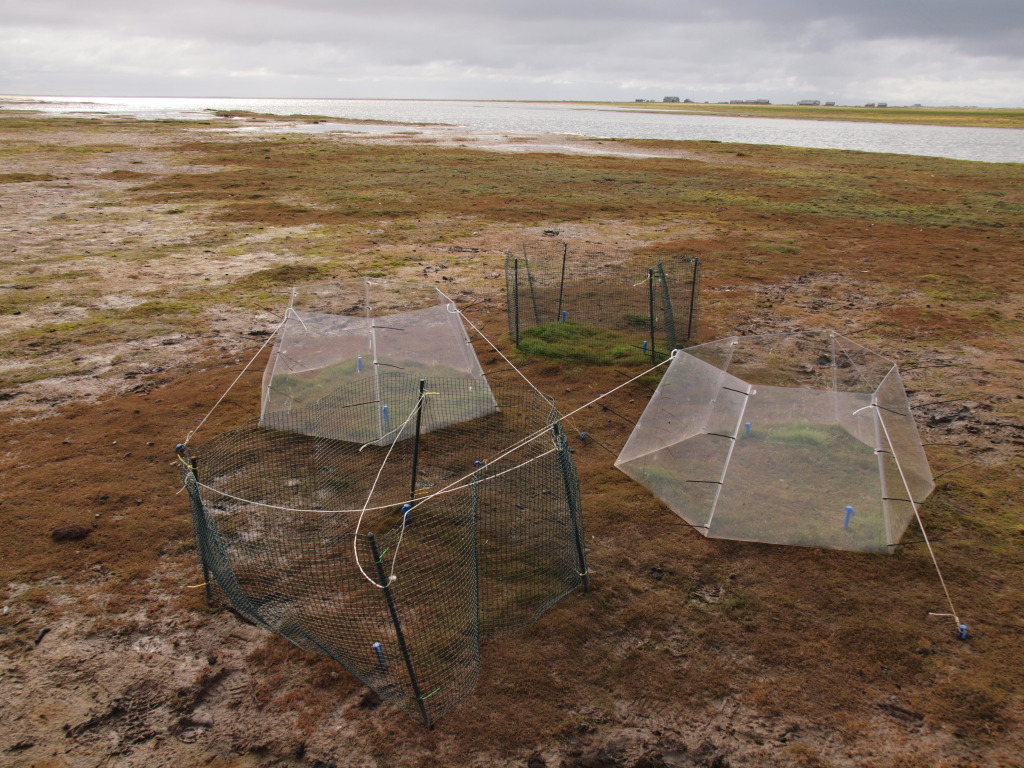 Climate warming can have different effects on food peaks at different latitudes, and earlier results suggest a stronger advancement of biomass under warmed conditions in temperate areas as compared to the Arctic. Using Open-top Chambers, we are conducting an artificial warming experiment on vegetation and study the effects on biomass and vegetation quality along the migratory route of the Barnacle Geese. This experimental set-up is placed on Schiermonnikoog in the Netherlands, Gotland in Sweden and on our breeding study site Tobseda in Russia. 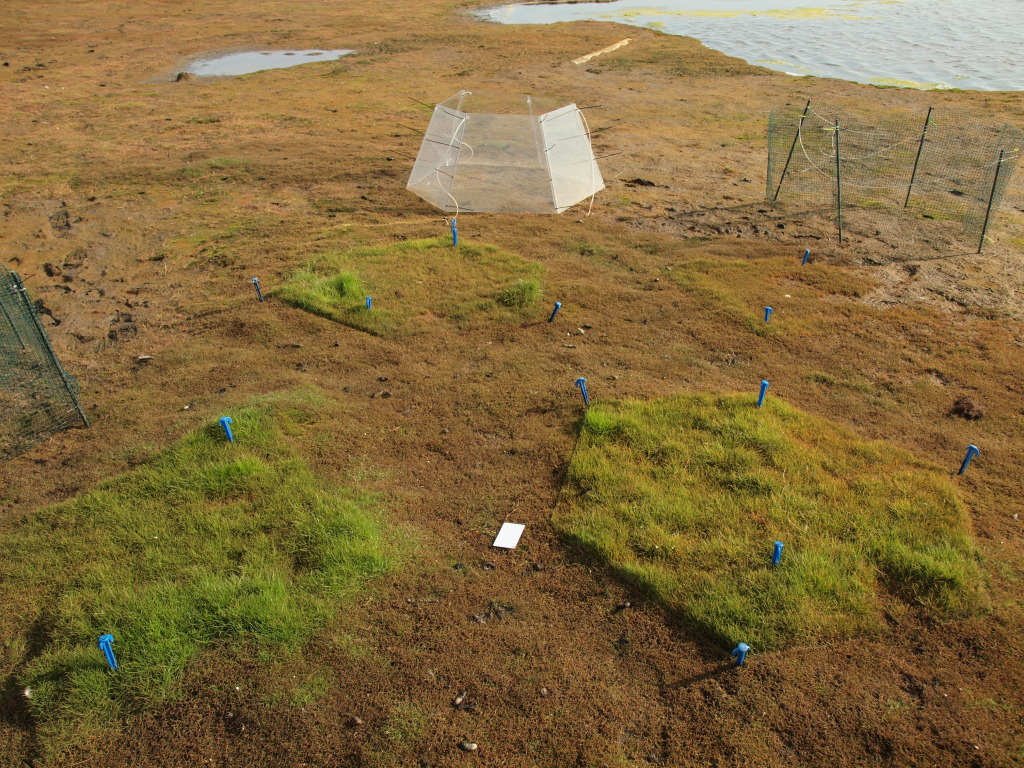 The effects of warming are clearly visible (bottom right) when compared to the control treatment (bottom left).

First preliminary results of the experiment in 2014 show, surprisingly, a stronger advancement of food quality in the Arctic, but not on temperate sites, suggesting an even stronger effect of Arctic amplification on shifting food peaks for migrating geese. With a continuation of the experiment in 2015 we hope to confirm this pattern, which we can then use to make predictions on the consequences of Arctic amplification for Barnacle Geese. 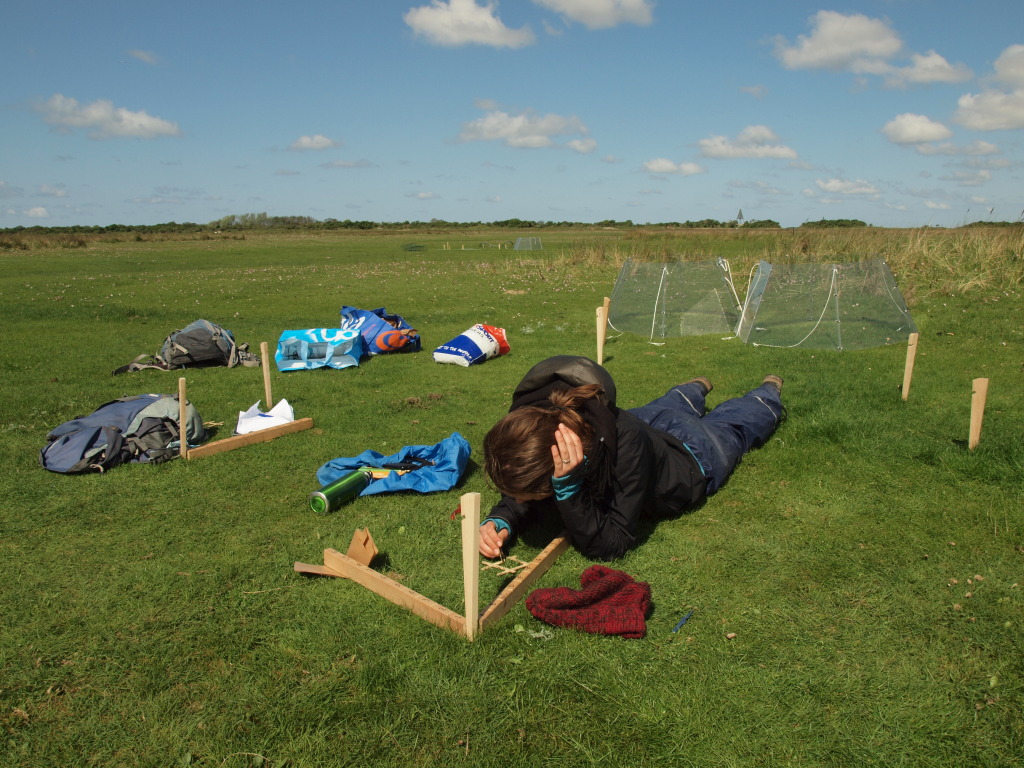 Doing measurements on our warmed plot on Schiermonnikoog, the Netherlands (May 2014).