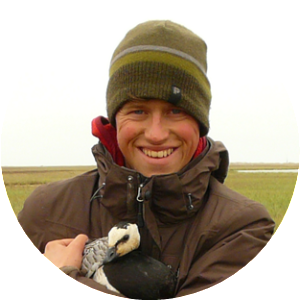 Thomas Lameris
PhD student at Netherlands Institute of Ecology
I am an enthusiastic ornithologist, with research on bird ecology in countries of the former USSR being my prime interest. During my Msc Forest and Nature Conservation at the Wageningen University I worked on vegetation ecology and bird ecology, with fieldwork projects in Canada, Oman and Kazakhstan. In November 2013 I started as a PhD-student on the Netherlands Institute of Ecology for this project. 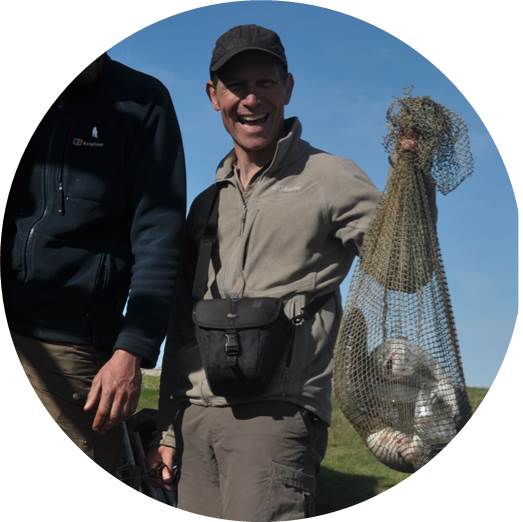 Bart Nolet
Senior researcher at Netherlands Institute of Ecology
I am an ecologist with a background in animal ecology and plant-animal interactions. I study Arctic-nesting waterfowl that winter in large numbers in the Netherlands, with an emphasis on their foraging and movement ecology. I have been doing fieldwork at various sites along the migratory corridor from the Netherlands to northern Russia. My role in this project is mainly as supervisor. 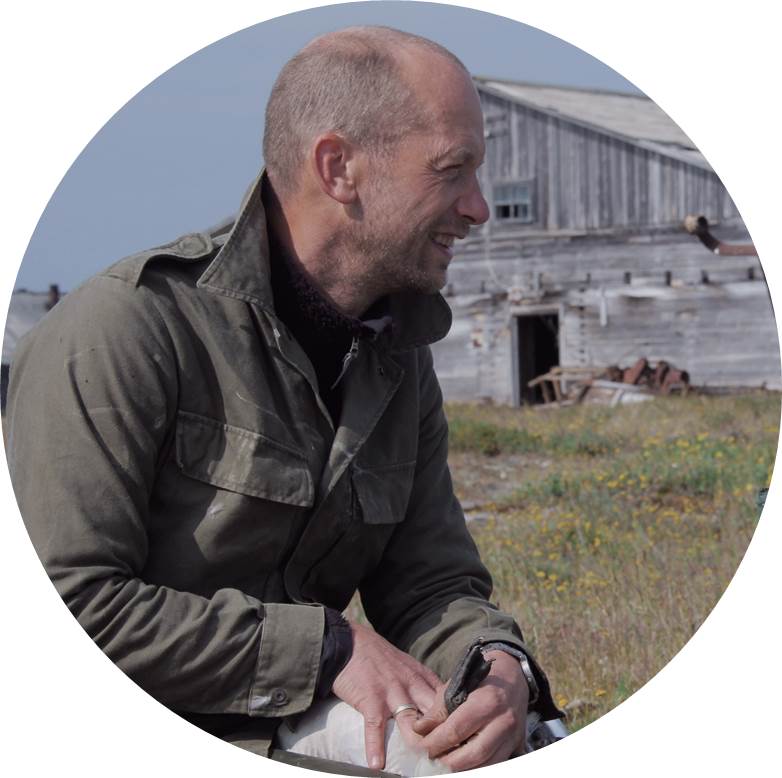 Post-doctoral researcher at Netherlands Institute of Ecology
I studied biology at the Universities of Freiburg i.Br. (Germany), St. Petersburg (Russia), and Frankfurt a.M. (Germany) where I graduated with a diploma on the stopover ecology of migrating waders in Central Kazakhstan. I conducted my PhD work at the University of Groningen (Netherlands) with a thesis work on flexibility and constraints in migration and breeding of the barnacle goose (2002-2008). This work aimed at linking migration and breeding patterns at population and even individual level. It also included comparative research on life-histories of three populations along the East Atlantic Flyway. Since 2012, I have returned to the barnacle goose study system for comparative behavioural and eco-physiological studies on arctic- and temperate-breeding populations. Between 1996 and 2014 I have participated in 11 expeditions to the Arctic, with 9 of them to the Russian Arctic including 6 to Tobseda. 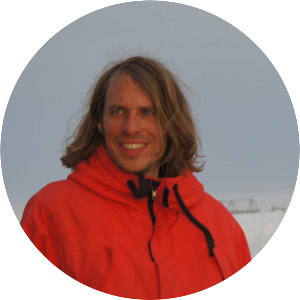 Postdoc at Vogeltrekstation
I’m an animal ecologist with an interdisciplinary background in physics and ornithology, working at the interface of movement ecology and foraging ecology. My research focuses on understanding changes in the distribution and abundance of bird species within complex dynamic environments, in particular the effect global human-induced habitat change on the fitness of individuals and populations. At the Netherlands Institute of Ecology I currently study the migration and habitat requirements of Brent Geese, a small goose species that breeds in the high arctic, which in winter is highly dependent on natural eelgrass habitats, one of the most endangered ecosystems in Western Europe. In the Tobseda project I assist with the technology of the GPS loggers and the analysis of the tracking data. I joined the expedition in 2014, when we tagged 40 Barnacle Geese geese with GPS loggers, and installed the antenna system for reading out the data.
Personal website: http://adriaandokter.com 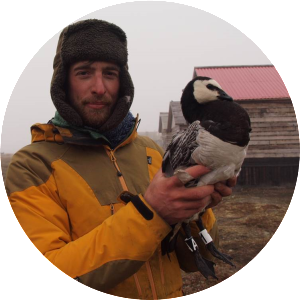 Volunteer fieldwork 2014 – 2015
It is often said that the windy cold swept place without trees (aka the Arctic) is very addictive and drawing. I agree, this will be my third time there. In 2014 I joined part one of the Tobseda expedition to locate nests of Red-necked phalaropes and Arctic skua’s and caught the adult bird(s) to fit them with light loggers. In 2015 I will be assisting with the geese field work, and as a bonus shoot some video footage.
Personal website: natureofsand.nl 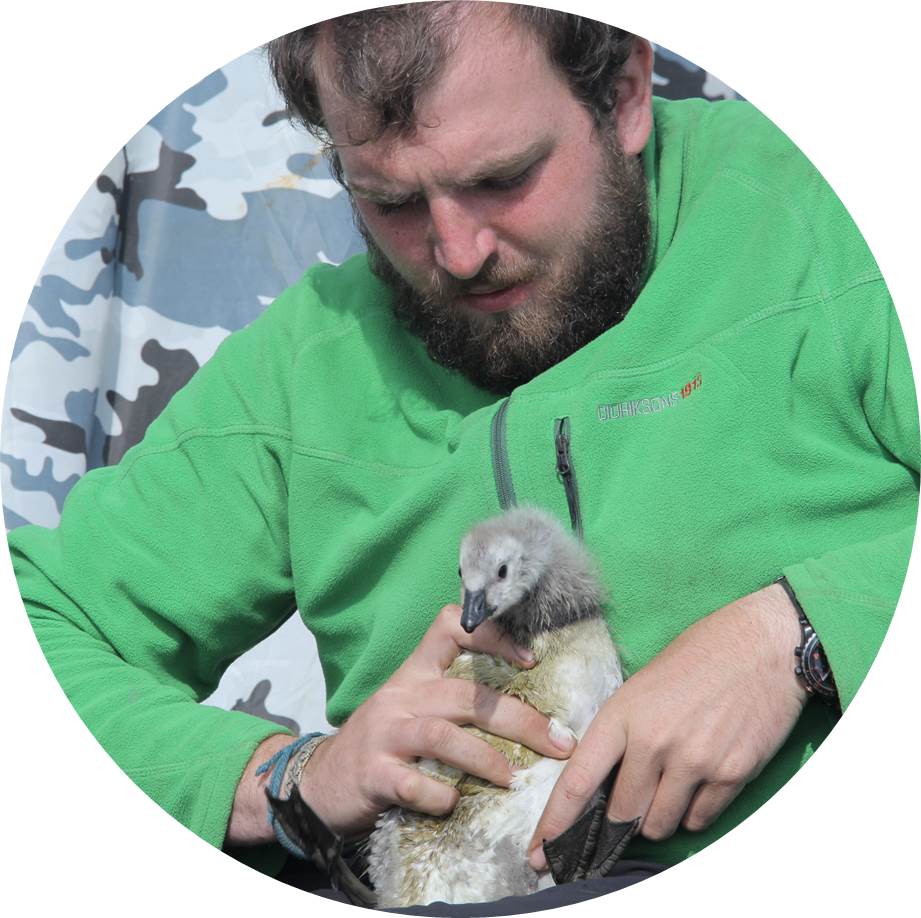 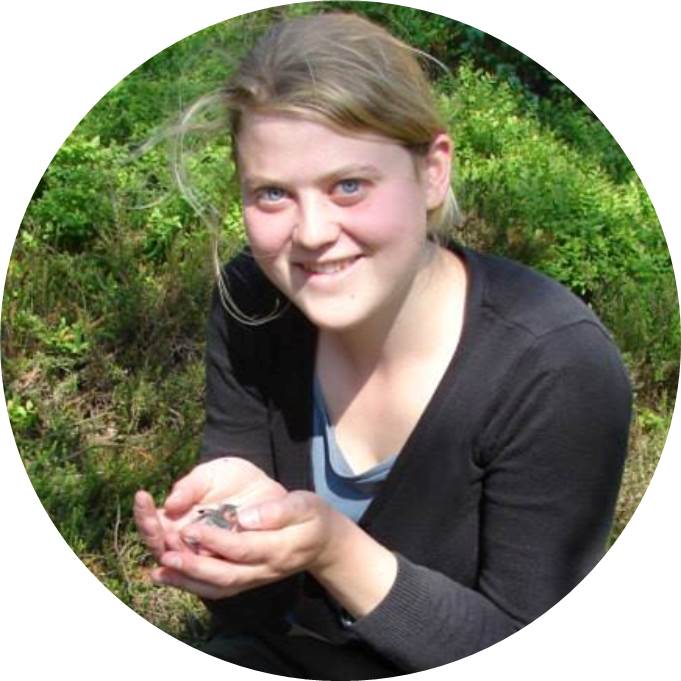 I study behavioural ecology at Utrecht University and work on this project as an internship at the Netherlands Institute for Ecology. No trip to the Arctic for me, though. I contribute to the project merely from behind the computer. I use a computer model to predict the migratory behaviour of Russian barnacle geese during spring and their expected reproductive success under warming conditions in the Arctic. 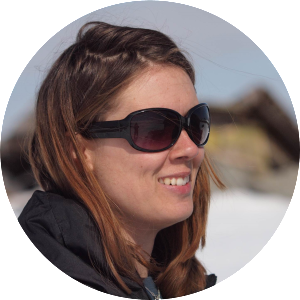 Femke Jochems
(former) Msc student Wageningen University
I am a recently graduated ecologist; during my study I worked mainly on plant-animal interactions and vegetation ecology. In 2014 I joined the  xpedition to Tobseda as a part of my internship at the Netherlands Institute of Ecology. I studied the effect of climate change on barnacle goose forage species along their migratory flyway and assisted in geese field work.