Winter is already almost over, and the Barnacle Geese are already for some time in North-Western Europe – mainly in the Netherlands. Quite a few geese have been spotted so far, and in this blog I will give an overview of what has been seen so far – and how the Tobseda geese are doing.

In terms of overall ring sightings, things are going well. Some things are a little tricky: the fact that black rings have an unusual notation in www.geese.org (N from “noir” and not B from “Black”), and also that in the field these black rings are sometimes mistaken for dark blue rings. Despite this, quite a good number of the banded geese from last summer (which included both adult males and females and juveniles) have been resighted: 61 birds! Because this includes both adults and juveniles, it is difficult to say something about survival rate’s – I’ll post some more on that later. Some nice sightings can be seen below. 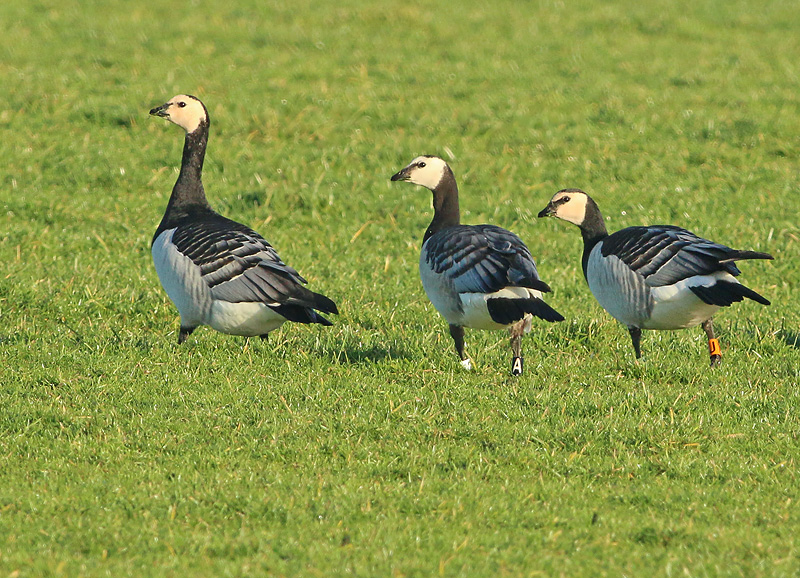 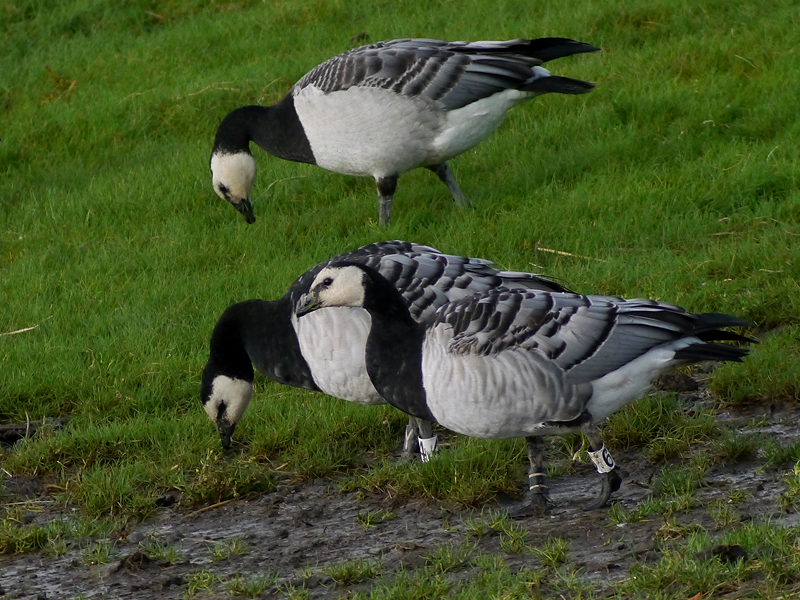 One of the first geese seen early on by Sjoerd Sipma in Groningen – W6N= and W4NY with an unmarked chick.

The most exiting, at least for me, are sightings of te geese that we have equipped with loggers – either geolocators or UvA-BiTS GPS loggers. Things were quite suspenseful for the first part of winter, as none of the GPS-logger birds (except for the shot bird in Estonia – October 2014) was resighted. I was relieved to see that Dick Veenendaal spotted the first bird in Groningen in the end of December, which was soon to be followed by 8 more birds, mostly in Friesland, but also in Groningen and Noord-Holland. Also many birds with geolocators were seen, 14 in total. These birds showed up also in Germany. Of the 61 resighted birds, this totals in: 9 with UvA-BiTS GPS logger, 14 with geolocator, and 38 with only colour bands.

Because many of the resightings of birds with GPS-loggers were done in South-East Friesland – close to Akkrum and Grou – we set out for a weekend to try and download some of the data these geese had collected. Over the weekend, we found 2 ‘logger’ geese W1N6 and W1NJ close to Terbant, where we were able to read some of their data. The geese were prone to panick and fly, but at least we made connection and were able to give them new settings, with which they will collect more detailed data during spring migration. Besides these geese, were sighted one other goose that I also saw last summer in Russia. 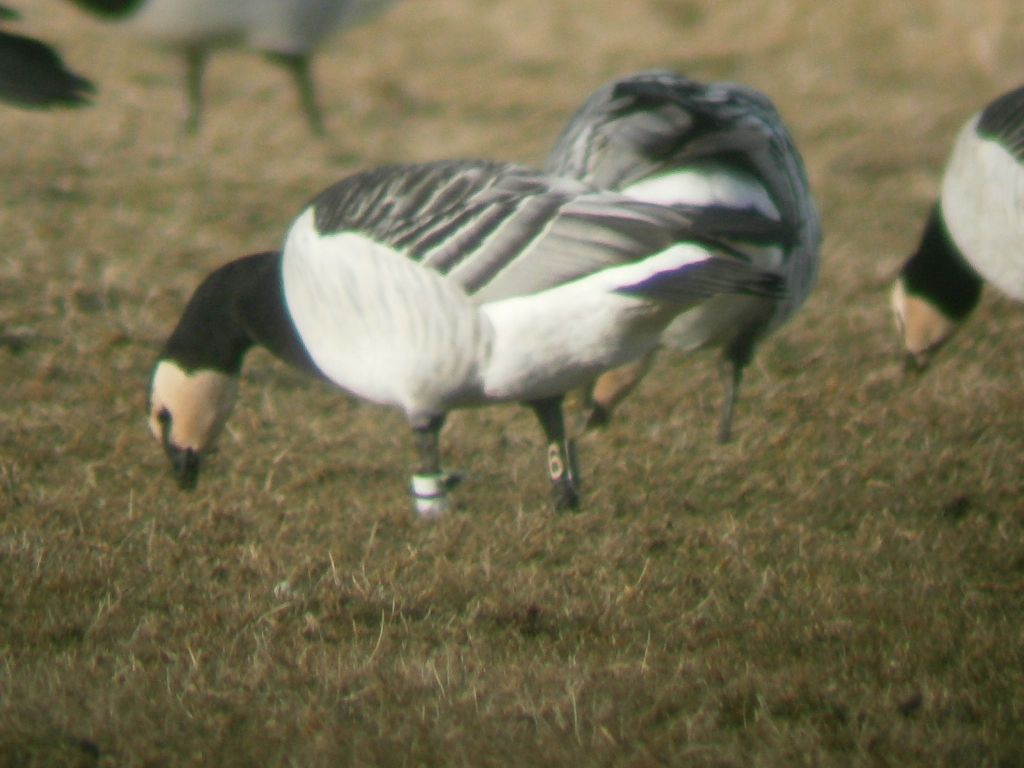 Goose W-N6 with a geolocator on the white colourband – picture by Martina Müller.

Another interesting sighting – a Barnacle Goose with a satellite tag! This bird was tagged in the Netherlands, and the data show that she has been breeding on Kanin peninsula every summer since then. 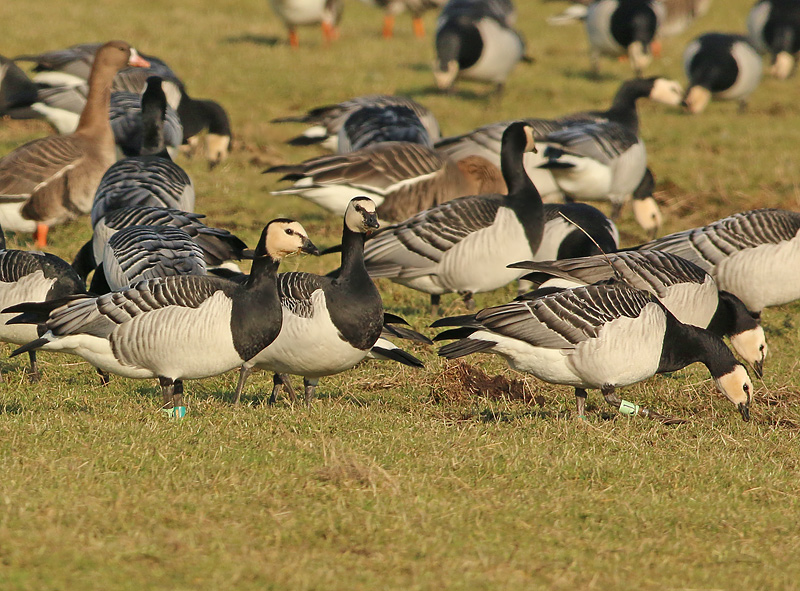 GJLJ together with partner – picture by Mark de Vries

Although densities of banded birds can be quite low, the grass is now nice and short, and it is quite easy to spot colour bands on the legs of the geese. And it is really a very rewarding activity for a nice winter / spring day! For me, fieldwork on Schiermonnikoog will soon start, and also we are starting the first preparations for the field season in Russia – I’ll keep you posted!

2 thoughts on “#7: Barnacle Geese with GPS-loggers in the Netherlands”