Just a short update this time, as Barnacle Geese from Arctic Russia are currently getting closer and closer to the Netherlands. On the 15th of September, the first flocks of Barnacle Geese were seen flying south over the city of Naryan-Mar, 150km from the breeding site of Tobseda. Now, on the 23th of September, Barnacle Geese started arriving in great numbers on Gotland, Sweden. They will probably spend some time here foraging, after which they still have 1000km left to fly to the Dutch wintering grounds. 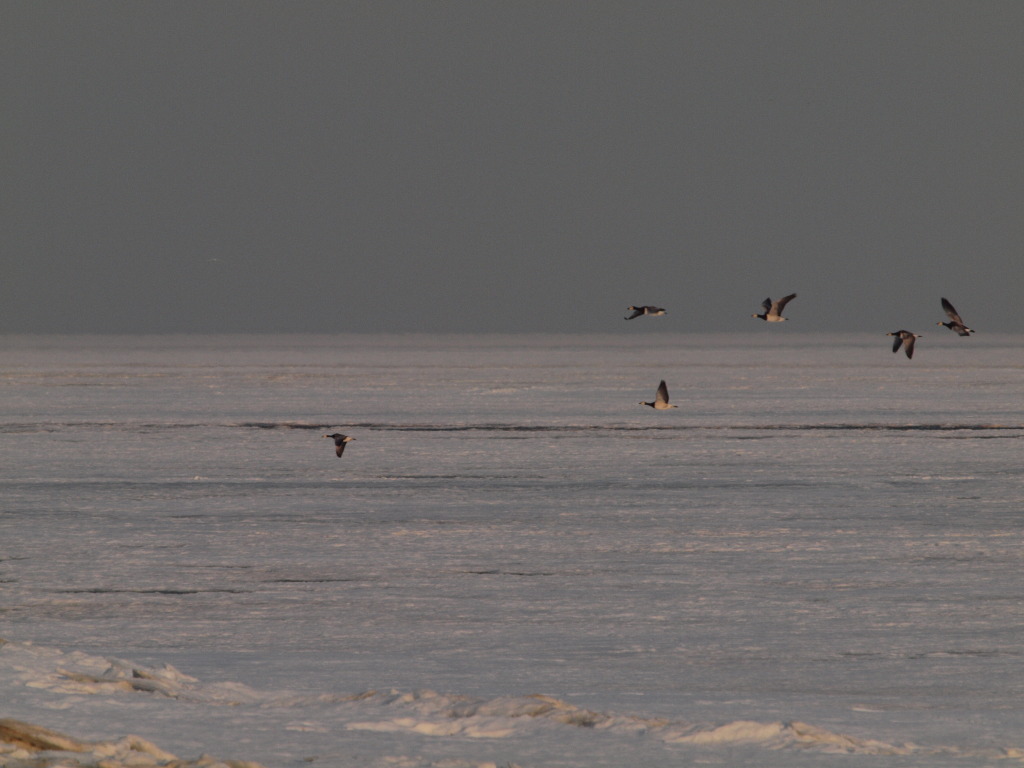 The Barnacle Geese have prepared for the long journey to the south, and are about to start flying towards North-Western Europe. Observers in Germany, Denmark and the Netherlands, pay attention for incoming Barnies, look for white – black colourbands and post your observations on www.geese.org! 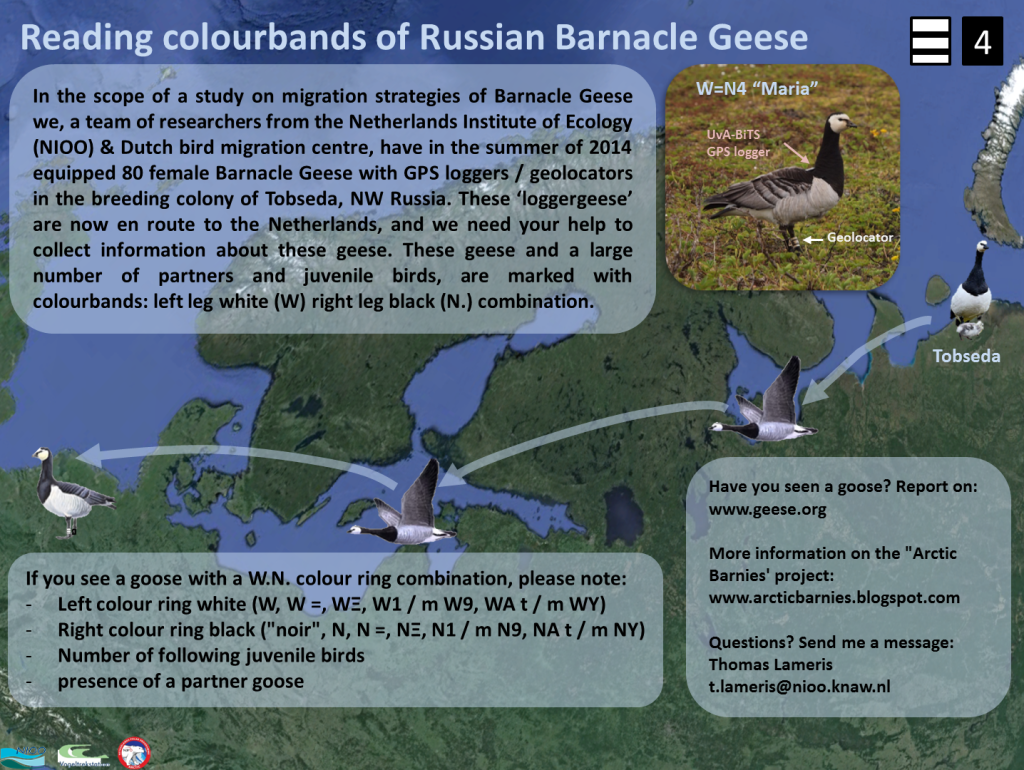